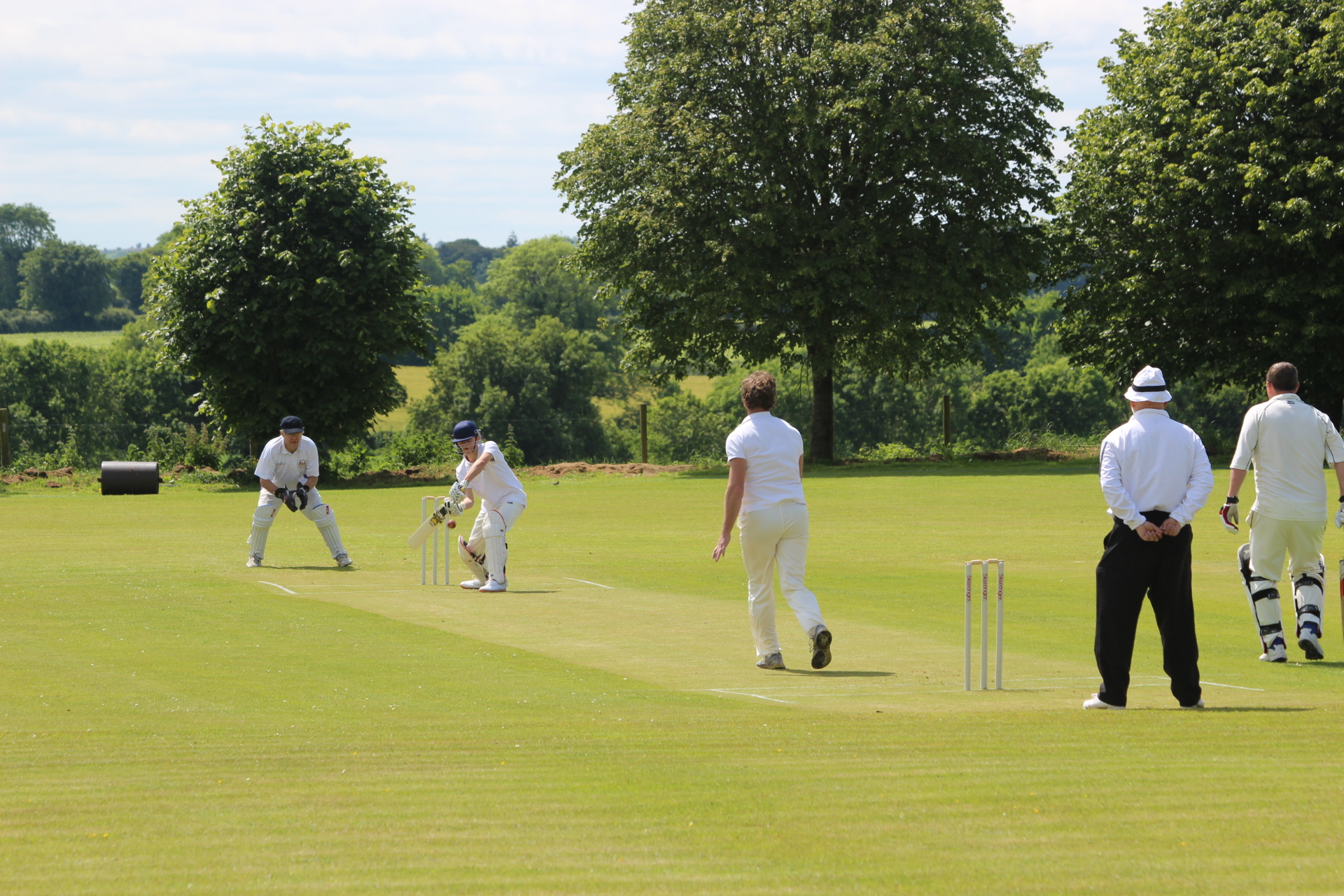 Lismore C.C. plays cricket on the grounds at the Castle Farm. It is situated in behind the Soccer Pitch and the GAA pitch. It is currently available to the club on a peppercorn rent by kind permission of the Duke of Devonshire.

The ground, though compact in size, is renowned as being one of the finest in Munster. The square comprises 6 grass wickets in the square (4 match and 2 training) and we hold the distinction of being one of the few remaining ‘all-grass’ wickets in Ireland. This  gives all visiting players a traditional and authentic setting in which to play the game.

Cricket has been played in Lismore since the 1850’s and the original cricket pitch was where the GAA facilities are now situated.  The Club moved to its current ground to facilitate the establishment of the GAA pitch in Lismore. The ground is flat throughout, but for an elevated area in the north east corner on the site of the old tennis courts. There is a slight bank up to this area which can occasionally cause a stumble from fielder watching the ball – it is nearly always funny when this happens!

In 1934 a wooden pavilion was built on the adjacent field which was used also for hockey and tennis. We have no photos or records of this pavilion, but that structure eventually deteriorated and was replaced by the current building in 1977. The clubhouse holds two changing rooms, a club room, kitchenette, store room and two toilets. However there is no electricity or shower facilities. The clubhouse is currently undergoing repair and improvements from damage that occurred in 2017 and we intend to improve it in the coming years.